A gentle giant clad in "stars"

At an international whale shark conference in Mexico in 2008, more than 40 whale shark specialists formally proclaimed 30 August of each year as World Whale Shark Day. Since then, organizations dedicated to whale shark conservation and those who defend them have taken action annually to raise public awareness of whale sharks and secure their protection. 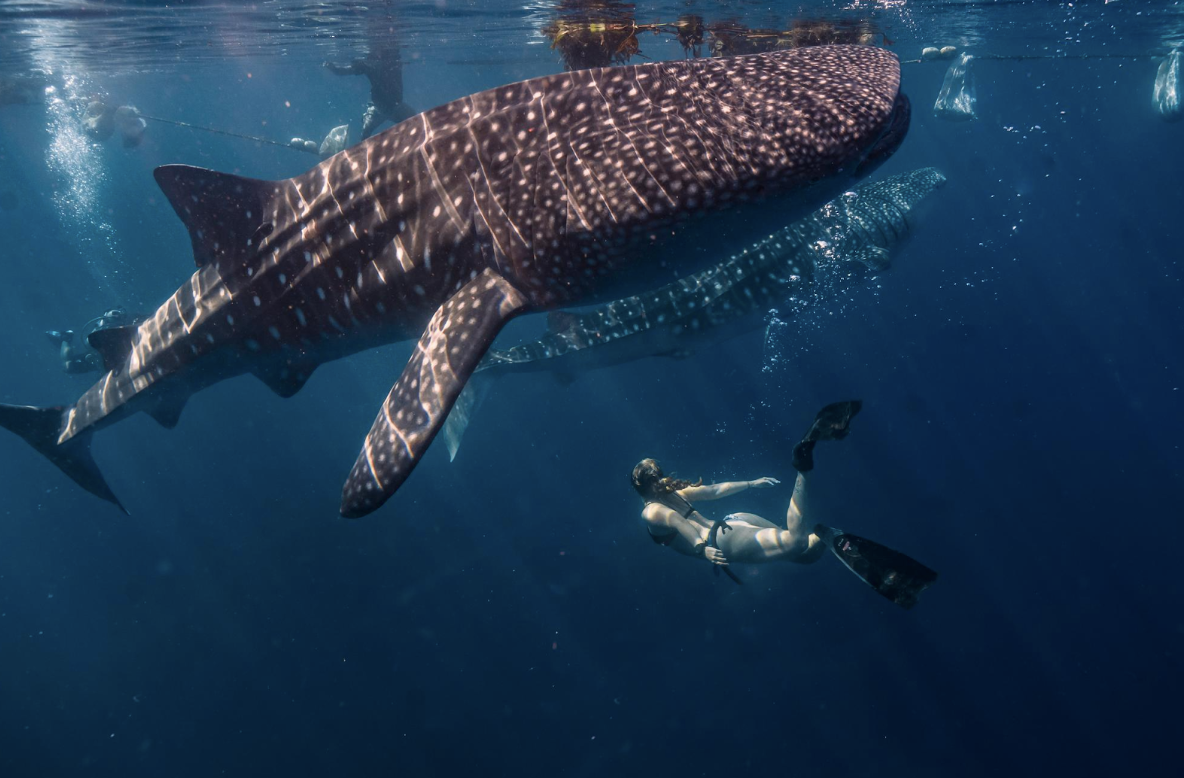 The world's largest fish is this one.

It can grow to 20 meters and is normally 9 to 12 meters long, making it roughly the size of a large bus.

In marine ecology, whale sharks are at the top of the food chain and have few natural predators. They mostly eat small animals like krill, jellyfish, and sardines. Plankton or fish get "caught" in the filter-like organs that grow between the gills and the throat, which the whale shark swallows when they open their gigantic mouths roughly 1.5 meters wide. They then expel the seawater through five pairs of enormous gills.

To catch enough food, the whale shark must swim significantly every day. 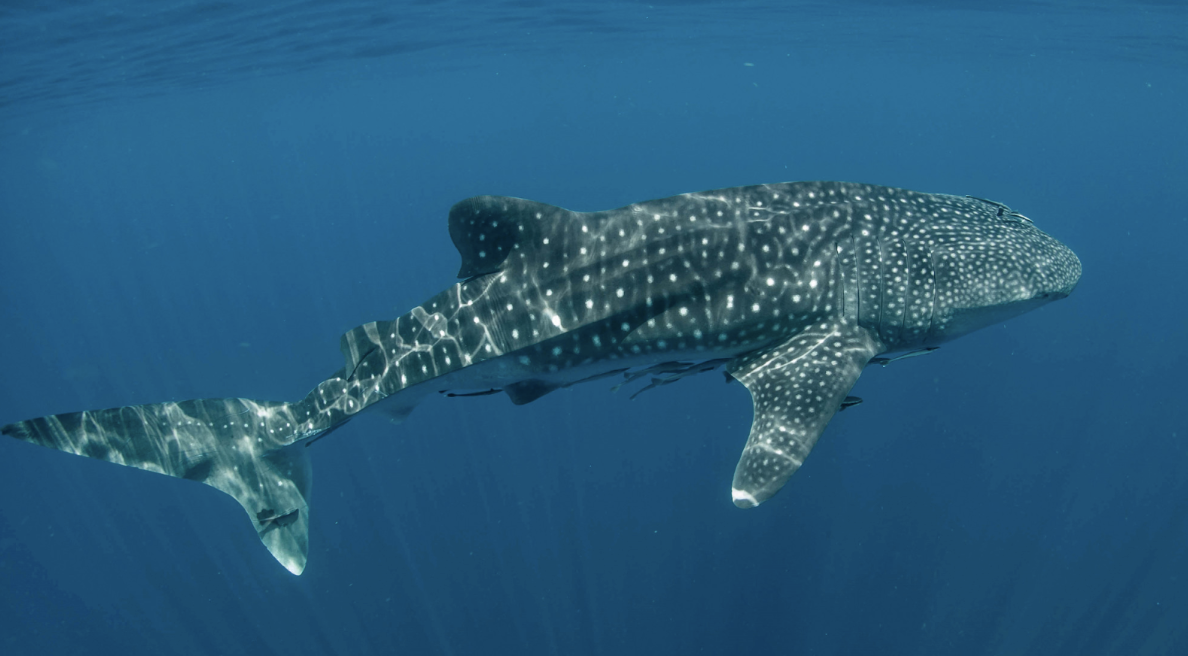 Its distinctive white markings on its body.

Each whale shark has a distinct set of white dots on its body, similar to how a person's fingerprints differ from everyone else's. If you are fortunate enough to come across a whale shark and capture its back spots on camera, you may send the images to a dedicated website to help researchers with their work and learn more about it.

The "starlight" on the whale shark is regarded as a deity's mark in the traditions of nations like Kenya, Vietnam, and Madagascar. 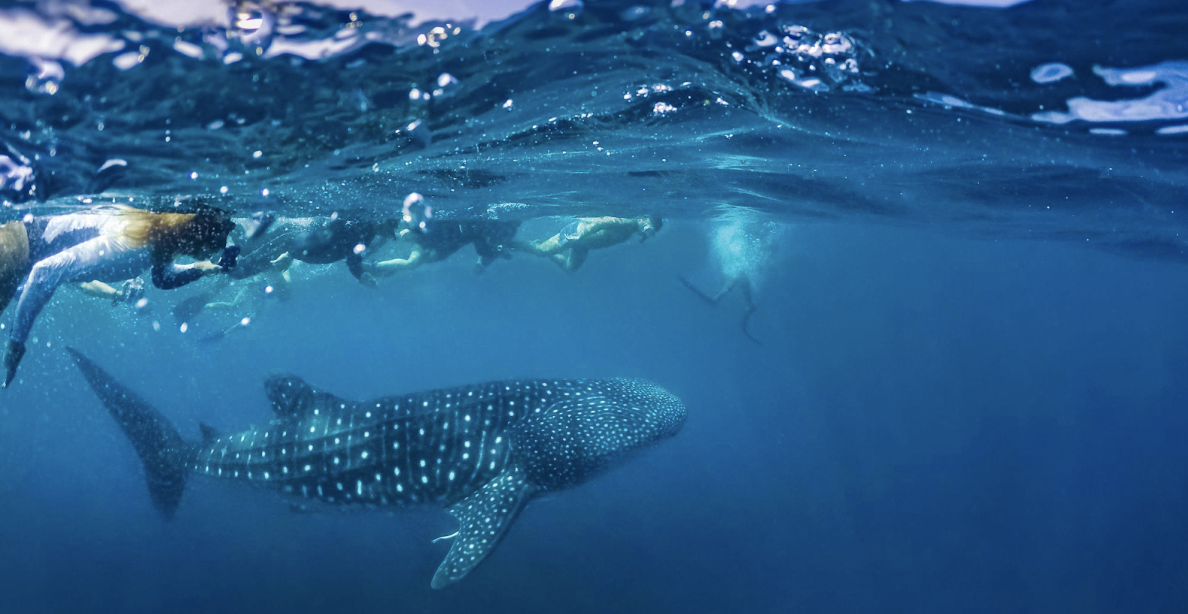 It is huge but gentle.

Despite its size, the whale shark is fairly friendly and rarely hurts people.

The only risk divers may face while swimming beside a whale shark is being accidentally struck by its enormous tail fin.

It moves quite slowly while swimming, only 5 km/h (the average walking pace for humans is 5-8 km/h). This makes it simple for fishermen to catch up with whale sharks. Whale sharks are sometimes referred to as "huge, stupid sharks" by coastal fishermen because of their slow swimming speed, which gives them the appearance of being silly and stupid.

Although their distribution is so wide, we still know relatively little about them. 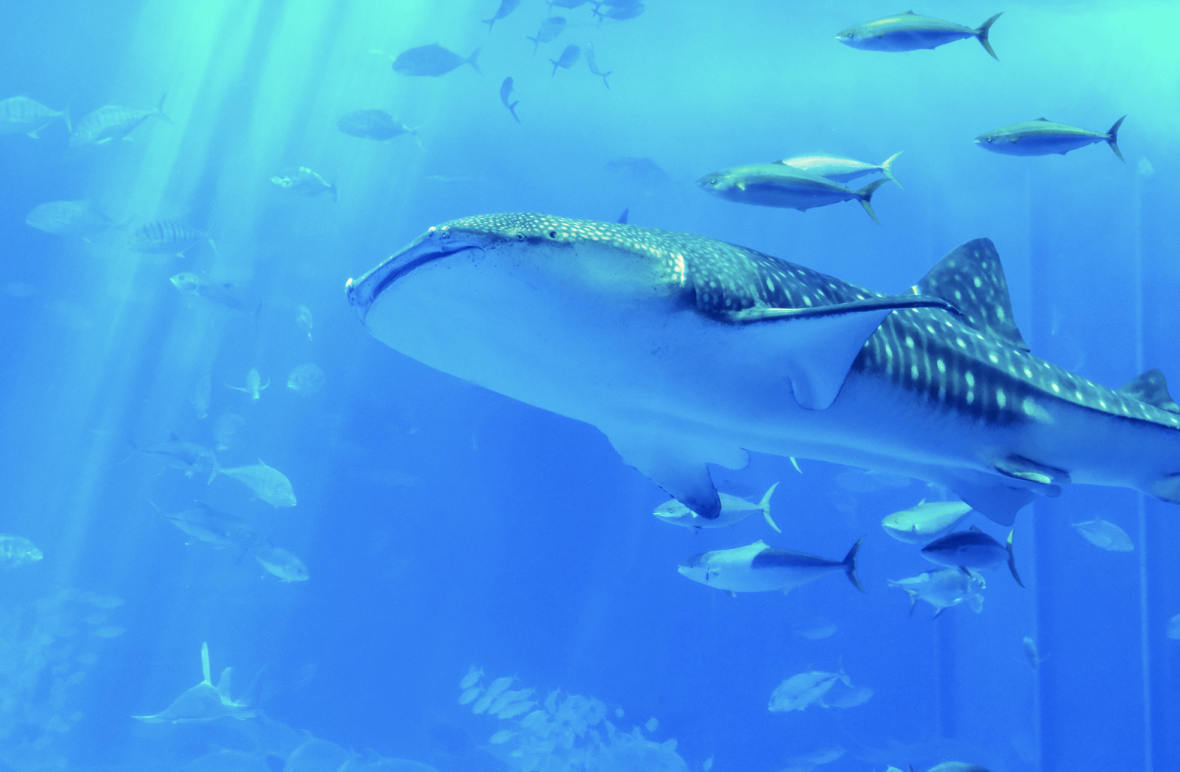 It is large but passive, and it only has one natural predator.

They are greatly threatened by whale sharks' need for food, fins, and oil. Wild fisheries have a particularly negative impact on whale sharks. In the Philippines, whale sharks have been legally protected since 1998. Whale shark poaching, though, is still very much a problem.

Tourism can also threaten whale shark populations since boaters must entice them with shrimp to stay in one spot for an extended period so that tourists can observe them. Some whale sharks mistake vessels for sources of free food, which puts them at risk. According to statistics, half of the Oslob whale sharks examined have wounds from propellers.

In 2016, the IUCN Red List classified it as Endangered EN. According to research, during the past 75 years, the whale shark population has decreased by 50% worldwide and 63% in the Indo-Pacific region.